Tonight I had an important meeting to attend — an “Assemblée Générale” (general meeting) of the “syndic” (homeowner’s association) on behalf of a client who lives in the U.S. and owns an apartment in a 16th-century building in the Marais.

This would pose no problem at all except that today in France almost all transport has come to a halt thanks to a massive strike and street demonstrations, called by unions to defend the 35-hour work week and protest the government’s economic policies.
My luck to arrive there was thanks to the back of Pascal Fonquernie’s scooter. Pascal Fonquernie is the Webmaster of PARISMARAIS.COM, a site devoted to promotion of Le Marais. As a resident and major supporter of this “petit coin” of Paris, I will be contributing to a newsletter broadcast free every month by PARISMARAIS.COM beginning very soon. If you’d like to receive it, send an email to Pascal at [email protected]
From my desk in my apartment, where I have no direct conflict with the strike, reports I’ve gotten online say that up to 80% of suburban trains were suspended and 75% of Métro lines were cut. They called it “computer chaos.”
“Across France, 55 cities suffered various degrees of disruption, with the Riviera city of Nice crippled by a complete lack of bus service. Commuters elsewhere were forced to cram shoulder-to-shoulder aboard the odd trains still in service, while Parisians who braved the chilly weather and biked to work were greeted with a morning downpour.”
Paris officials and Parisians in support of the bid to host the 2012 Olympics, feared the strike would ruin Paris’ chances. The unions and bid officials have pledged support and say the timing of the strike is unrelated to the visit by the International Olympic Committee which planned to visit the Eiffel Tower and other proposed competition sites outside Paris.
As a property owner, I’m very much in favor of the 2012 Olympic Games here in Paris. Paris 2012 has already obtained guaranteed reservations for some 50,000 price-controlled hotel rooms, selected for their excellent access to Games venues. But what about the overflow? How about visitors who prefer to stay in furnished apartments? Won’t our property values increase as a result?
According to research conducted by the Boston Consulting Group, 42,000 new jobs and 35 billion Euros of additional revenues would be generated by the Paris Games. The Games are also expected to encourage 4.3 million new sports enthusiasts, including 600,000 new sports’ club members and 1.9 million regular sports participants.
All this translates to positive returns on Paris investments, properties and businesses. In today’s issue, we explore the topics of La Grève and the 2012 Olympic Games in Paris…hot on everyone’s lips while Paris transportation comes to a grinding halt.
The syndic meeting turned out to be a perfect example of the article in today’s issue dealing with the difference between having a volunteer from the building act as syndic and a professional real estate firm that is paid to manage the property. Be sure to scroll down to read about the “dueling noses!” I wouldn’t have missed it for the world!
A bientôt… 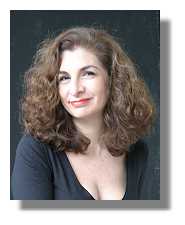 P.S. You can now register online for the May 20 – 22, 2005 Working and Living in France Conference here in Paris! Scroll down for more information or visit https://adrianleeds.com/wp-content/uploads/newsletters/parlerparis/liveinfrance/WLIF_PARIS_2005/WLIF_PARIS_2005_home.html for all the details and to be the first to register. Reprint from Parler Paris
March 9, 2005
By Adrian Leeds
You’re not going to get anywhere in Paris unless it’s on foot.
The trade unions CGT, FO, the Indépendants, and the U
NSA Métro-RER are executing a full-out strike (“grève”) affecting almost all the Métro lines, one train out of three on RER A and B trains and on the buses and tramway, 80% of the traffic is assuredly running. Expect some interruptions in service from RER C, D and E, too.
Before you head out, consult the site at http://www.ratp.fr, 08.10.03.04.05, 08.05.70.08.05 or 08.92.68.77.14 (.034 Euros/minute). You can also listen to 107.1 FM for more information.
The word for strike in French, “grève, ” has an interesting beginning.
The Hôtel de Ville (city hall) was located on Place de Grève, which means “the strand.” At the end of the 11th-century, the Place de Grève was the site where the river traders unloaded their goods and the square became the chief mercantile center of Paris. The markets were later moved (Les Halles), but the square became the site of many historical events.
Since workmen about to go on strike always gathered there, the expression “se mettre en grève” came to mean “to go on strike.” The square also has a history of horrible executions and tortures from medieval Paris, so the name “Place de Grève” took on new connotations. One can only assume that this is a likely reason that in 1830 the name was changed to “Place de l’Hôtel de Ville.”
The Hôtel de Ville is an ornate building occupying an entire city block bordered by the square in front of it on the west, on the east by rue Lobau, on the north by rue de Rivoli and on the south by the Quai de l’H