Nice or Next to Nice?

Nice or next to Nice? That is the question.

If you’re considering life in the Provence-Alpes-Côte d’Azur region, is it a better choice to rent or purchase property in one of the hearts of the hubs of the region, Nice or Marseille, or in any one of the thousands of enclaves outside of these city centers, either along the coast or inland in the countryside? This can be a very tough question to answer depending on your personal goals. Provence–Alpes–Côte d’Azur is a region of France encompassing six southeastern departements: the Alpes-Maritimes, Hautes-Alpes, Alpes-de-Haute-Provence, Var, Bouches-du-Rhône, and Vaucluse. It is bordered by the regions of Occitanie (formerly the Languedoc-Roussillon) to the west, the Auvergne-Rhône-Alpes to the north, Italy to the east and the Mediterranean Sea to the south. The capital of the region is Marseille, but Nice is the hub of the Riviera. The region’s economy is the third-largest in France, just behind the Île-de-France and Auvergne-Rhône-Alpes. According to a census in 2015, the population in the region was just over five million, with Marseille and its metropolitan area as the most populous in the region with almost two million. Marseille is the second-largest city in France after Paris, and the Nice metropolitan area hosts the second-largest population with just over one million. Nice is the fifth-largest city in France.

There are certain advantages to living in the cities, particularly for some newcomers to the area. For earning a living, the cities offer more economic opportunity than the countryside. If you’re a frequent traveler, then immediate access to their international airports and train stations gets you where you’re going faster and less expensively. If owning and operating a car is less than desirable to you, then the cities offer excellent public transportation. Single people seeking a social life will find it much more interesting than in less populated areas.

That being said, city living can be a bit of an urban jungle and lacks the tranquility of the countryside and villages. Vegetable gardens, fields of lavender and vineyards might be just what your psyche needs for a healthy, happy natural life. Maybe living in a centuries-old stone farmhouse is just the charm and history you dream of. And another positive aspect to this is the cost of the life in the countryside vs city living, which is lower in general (except for the need to own and operate a car, about $10,000 a year!). The decision starts with who you are and what your situation is. If you’re a single woman, then I wouldn’t recommend living alone in a small community or villa surrounded by land. That may seem terribly romantic, but you won’t find it so appealing when you realize that there’s little entertainment, not a slew of friends to be made, and meeting up requires a car or excellent public transportation. If not unsafe living on your own, then potentially lonely. pristeen and beautiful part of Provence. It’s absolute heaven when I come to visit, and she loves her Provençal nest, but when she’s there on her own, she’s either home and working away or inviting friends to join her. That renders her as the chief cook and bottle washer…so she ends up taking on the job as host and all that comes along with that responsibility. She has to have a car to get to or from the village to the train or the plane which becomes time-consuming and strategic. She’s entertaining moving to Marseille or Nice as a result.

Couples and families will find this style of living much more palatable. Those living in the countryside fared well during the Covid-19 pandemic because they were less exposed to the virus and had the freedom of living outdoors at their own homes, hence the newly renewed interest in settling in the countryside. The cost of housing in rural areas is shockingly little and that adds to the attractiveness, particularly for families. Those who love village life also love the close bond they have with their neighbors, something harder to achieve in the cities. Even with small populations, village residents can make you feel as if you’re surrounded by family.

In real estate, there is the age old motto, “location, location, location” and while this may sound like a cliché to you, there’s a lot of truth to it. Real estate in the cities is more sale-able than country homes and usually at an appreciation, whereas rural properties are riskier in 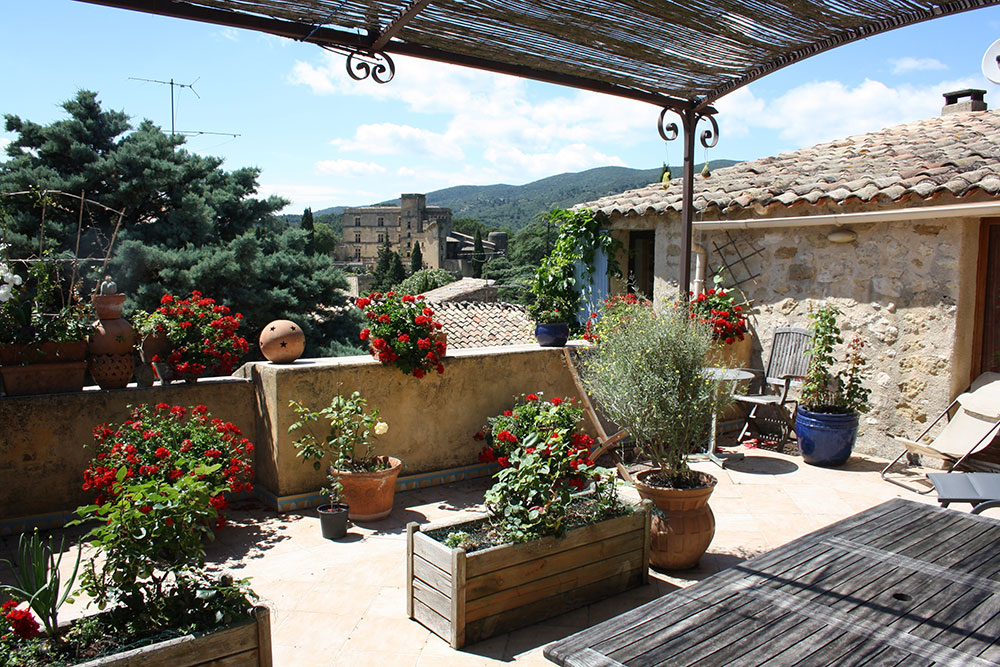 terms of investment. If you purchase in the countryside or village, be prepared to own the home a very, very long time. You may also find that the stone farmhouse you purchased for a pittance eats you out of house and home with renovation and repairs (expect to spend three times to renovate as it cost you to buy). (See the chart showing home prices over the last few years.) offers from which the seller could choose. A home in the country is not likely to see such demand. However, sometime in the next week or so we’ll be offering up two very desirable properties in the Luberon’s illustrious village of Lourmarin — one a large multi-level village house with a lot of potential; the other a magnificent villa set among a grove of olive trees that is comprised of six fully functioning apartments and a swimming pool, both of which would generate a revenue as well as a tranquil lifestyle. (Stay tuned for more information.)

Personally, I’m a city girl. I lived in the mountains of East Tennessee for 14 years surrounded by trees and when I left for Los Angeles, I joked that if I never saw another tree again, I’d be happy. Of course, that was a joke, but in some ways, there was truth in that I learned I preferred life dead center. For me, having everything at my fingertips and toes outweighs the peace and quiet of nature. In a city like Nice, where the Mayor is devoted to greening up the city and is accomplishing that brilliantly, there are enough trees and parks to satisfy my thirst while providing a very active lifestyle. For a single woman of my age, it’s just perfect.

One of our clients, also single and female, started out in the town of Vence, about 25 kilometers from Nice. It’s a beautiful historic and medieval walled village famous for its spring water, which can be collected from numerous fountains in the town. She fell in love with the town and became very friendly with a few of its residents, but she changed her tune and moved to Nice for all the reasons I just described: lack of social life and complicated access to all that Nice has to offer. She agreed that if she were part of a couple, it would have been completely different.

Even if you choose one of the seaside towns such as Villefranche-sur-Mer or Antibes, you can count on having to make more effort to fully take advantage of activities that tend to happen in the hub of Nice. I’ve seen it time and again those who have a romantic idea of some idyllic spot only to realize that there’s a reason it’s so idyllic, and that’s the opposite of being exciting!

Nice or next to Nice? If this is the question that circles your mind, maybe now it’s time to weigh the pros and cons and see which fits you best. P.S. If you are considering a property purchase in France, don’t do it lightly. Let us help you make the smartest decisions to ensure you make the best investment you can. Contact us here to learn more.